Before the beginning of our unending downsizing venture, we had known for sometime that God was stirring up a new idea for us in the way we viewed “comfortable living.” Because of that we began looking into tiny home options.  After watching every possible thing on tiny home living, we were ready to sit down and map out our own idea.  That was fun.  Travis and I fought more than we agreed.  This time when we should’ve been enjoying every minute of the design process together, just wasn’t working. He saw building a tiny home one way and, of course, I saw it another.

Well another day came, Travis went to work and I was at home – deflated and not sure what to do anymore.  I decided to poke around the internet and see what I could find that would be a happy median for the two of us.  Low and behold, I came across something that was so stinkin’ neat but I was confident Travis would hate it!  An Airstream.  Funny thing about God…He is unpredictable.  I am very thankful for that.  Here I’m thinking that this idea won’t get past 30 seconds of discussion, it turns out that Travis had a similar day to mine.  Apparently at work he came across an Airstream as well!  It was one of those “holy cow, that’s amazing” kind of moments.

And so our search began.

Have you had a time in your life where God’s will sounded ridiculous?  As elated as we were to start this process for our family, we received more arched eyebrows and confused expressions than I was prepared for.  “You won’t last two weeks in a trailer with two toddlers!”  Can’t tell you how many times I heard that one.  Or my favorite, “I’m sorry, you’re doing what?”  As interesting as it is that God gave all of us an opinion…sometimes they can be extremely annoying.

Thankfully, we serve a God who does not bring about confusion but vision.  Although countless numbers of people couldn’t get on board, that didn’t mean the ship was destined to sink.  God will never allow everyone to understand your dream, desire and plan.  It is just not going to happen.  I believe God uses key people, at times, for spiritual support and encouragement because He knows we will need it along the way.  Remember that a life with God is based solely on faith and He should have the ultimate say, that is, if you give it to Him.

Well, we were giving God the final say for our lives, as crazy as it sounded.  When you simply release your grip, things flow through your hands easier.  Many leads and phone calls led to dead ends but we picked ourselves back up and kept pressing forward.  Until one day I got the call from Travis.  He found one. An Avion. No, it wasn’t the Airstream we initially planned but after much research we came to the conclusion that it was actually better.  Within the next few weeks, the travel trailer was ours.

These pictures were taken with Travis’ phone – so no judgment! 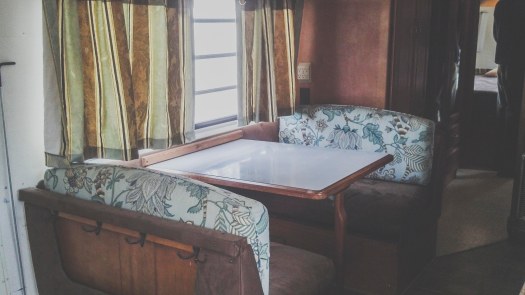 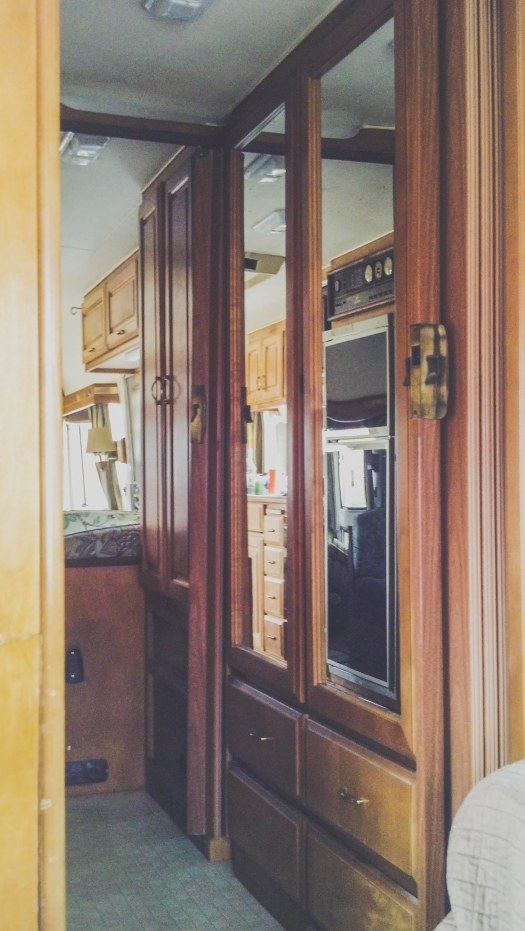 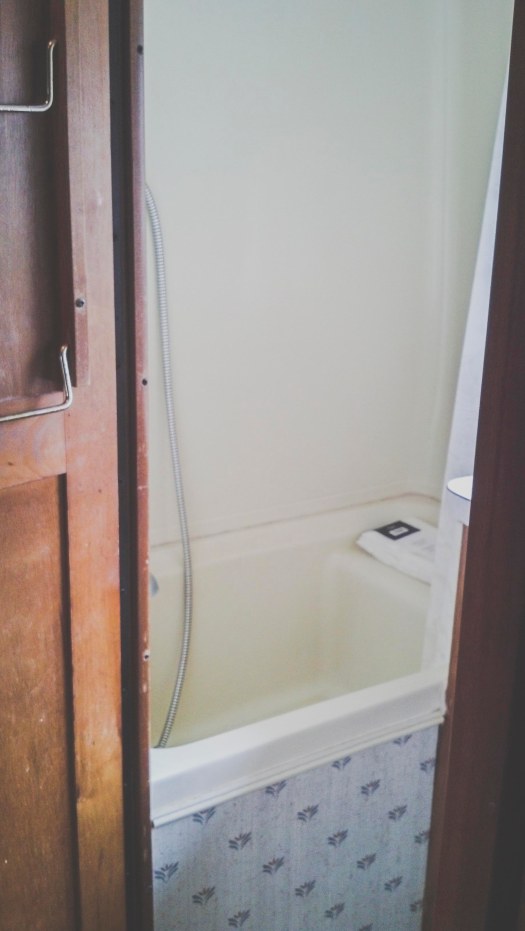 Although this trailer is a pretty good size, it was extremely difficult finding ways to take pictures of certain areas.  I believe for this last picture I actually had to get inside of the closet to take a picture of our shower.  And as you can see, I didn’t get much of it:)

The process of downsizing got much more complicated!  Next step – Demolition